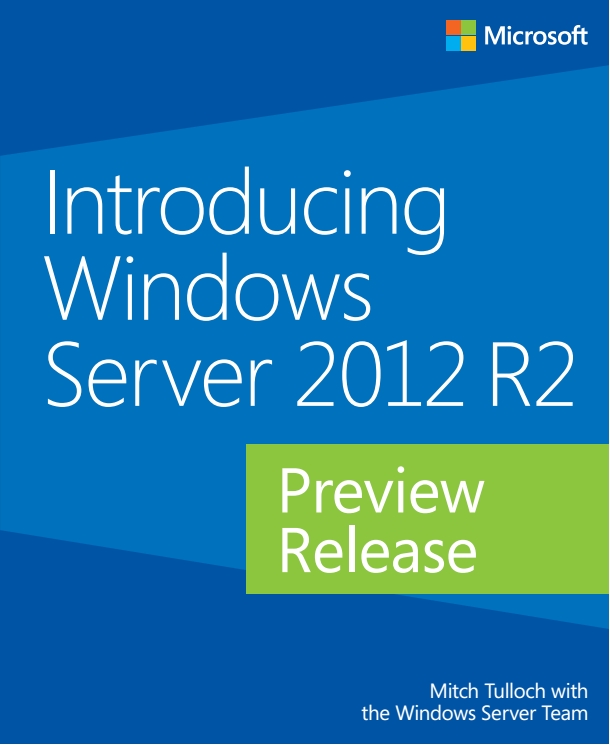 This book is intended to provide you with a “first look” at the new features and enhancements coming in Windows Server 2012 R2. Because the book is based on the Preview release of this platform, it’s possible some information might change between now and release-to-manufacturing (RTM) later this year. However, since Windows Server 2012 R2 is such an important (and exciting!) new version of the Windows Server platform, we wanted to get this information into your hands as soon as possible. Later, as RTM approaches, we’ll be publishing an updated and expanded edition of this book that looks at more features and goes into greater depth than we have time or space to do here.